Now, often Americans and Canadians like to make fun of each other. It's part of our history living as geographic neighbours. So, when one of my friends sarcastically asked, why Canadians celebrate Thanksgiving, I really couldn't say, other than, that we had settlers who came to Canada a few centuries ago, as they did in America, who befriended the natives (aboriginals) of Canada. So, this piqued my curiousity to obtain the actual facts. Here is the information for all of my friends and those of you interested in Thanksgiving holiday.


The origins of Canadian Thanksgiving are more closely connected to the traditions of Europe than of the United States. Long before Europeans settled in North America, festivals of thanks and celebrations of harvest took place in Europe in the month of October. The very first Thanksgiving celebration in North America took place in Canada when Martin Frobisher, an explorer from England, arrived in Newfoundland in 1578. He wanted to give thanks for his safe arrival to the New World. That means the first Thanksgiving in Canada was celebrated 43 years before the pilgrims landed in Plymouth, Massachusetts!

Scroll over these links for more information on these and other North American Holidays.

Kudos to the Ewing family for doing a fabulous job on the Thanksgiving dinner! I think I counted a total number of 23 people eating turkey!!

Enjoying the wine, beer, spirits, pop, soda and other beverages in the foray.

There was something for everyone! 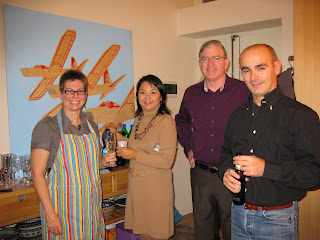 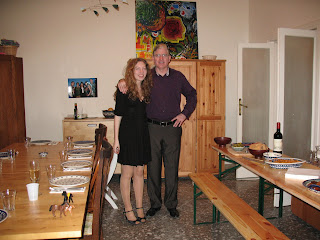 Seemingly happy people sweating and toiling in the kitchen. 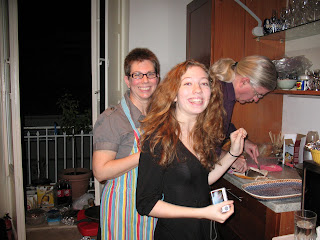 Rick cutting and slicing the turkey.

Unfortunately, I was too busy drooling over the turkey that I forgot

to take a proper photo of the turkey itself. 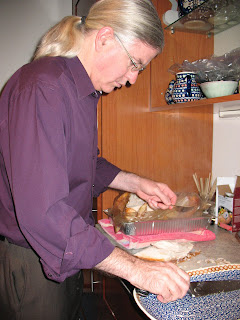 One cannot have turkey dinner without cranberry sauce - yummmmmy!!! 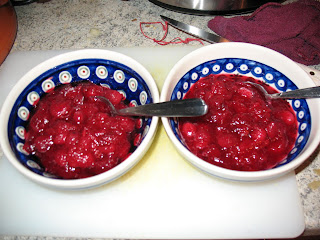 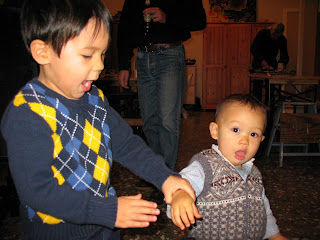