We just went to the Festa del Borgo Antico in Corato, Puglia the weekend before. It's a festival full of music, theatre, food and wine (musica, teatro di strada, enogastronomia). Everything is open very late and the streets are cordoned off so everyone can walk and move along the street easily.

At first when we got there, I was thinking that it would be a lot like other festivals I'd been to - a street market with the occasional good live band playing, but nothing really spectacular nor fun. Boy -  was I happy to be proven wrong. We obtained flyers that contained a map of the old city and a list of performances, where one could watch live music and acrobatic groups. All the stages were organized by numbers and printed on the map for easy navigating. I couldn't believe the organization of the festival. In my experience, organization and punctuality is not something that is inherent in the Italian culture. Kudos to the organizers in Corato.

The music was fantastic! There were instrumental jazz bands, Sicilian music, Brazilian percussionists and more. I loved it and I'm usually a tough customer. I love live music and this is one festival I plan to attend regularly.

Do you have any festivals that you would recommend? Send me an email or leave a comment. 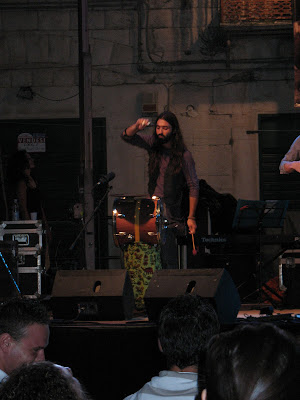 Drummer from the Sicilian Band 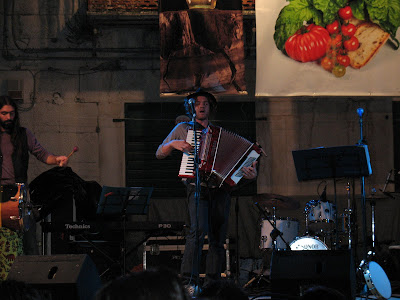 Accordion and band leader from the Sicilian band. 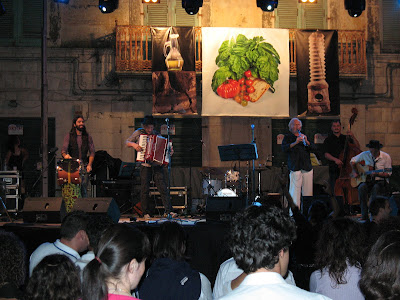 Photo of the Sicilian band. 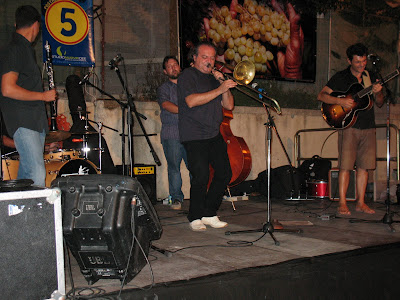 Photo of an Instrumental Jazz band. 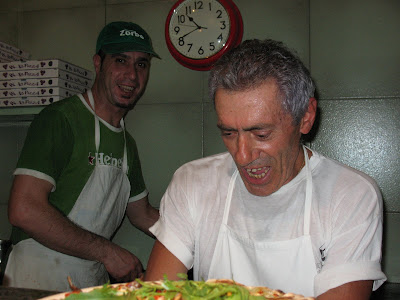 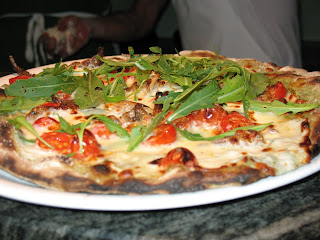 Really yummy pizza, but unfortunately, not ours. 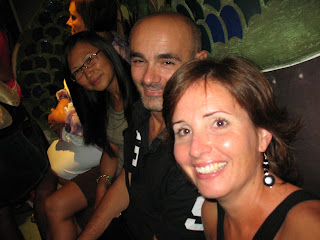 Waiting very patiently for almost an hour for our Piaddines. It was definitely worth it. Probably, the yummiest Piaddines I've ever had. Although, it could have been that we were really, really hungry, which affected our tasting skills. We hadn't had dinner, because in Italy, dinner is around 9pm; so we thought we could get dinner at the festival. By the time we got our Piaddines, it was well after 11pm.
Email Post
Labels: Daily Adventures Food Music Travel