Caserta, Italy in Pictures (near Naples)

A look at the Palace of Caserta (a Unesco World Heritage Site), near Naples, Italy. 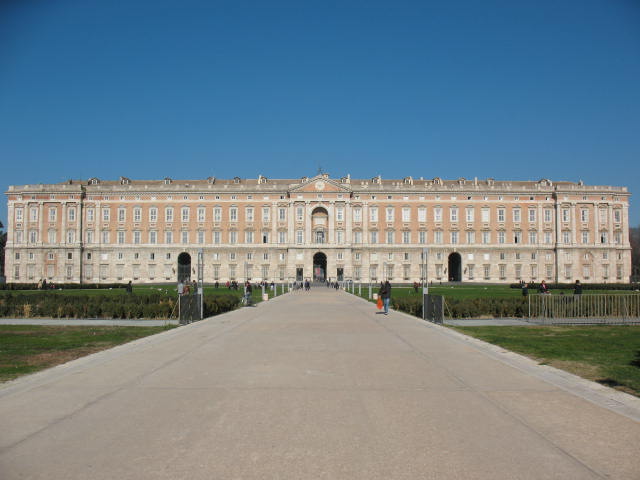 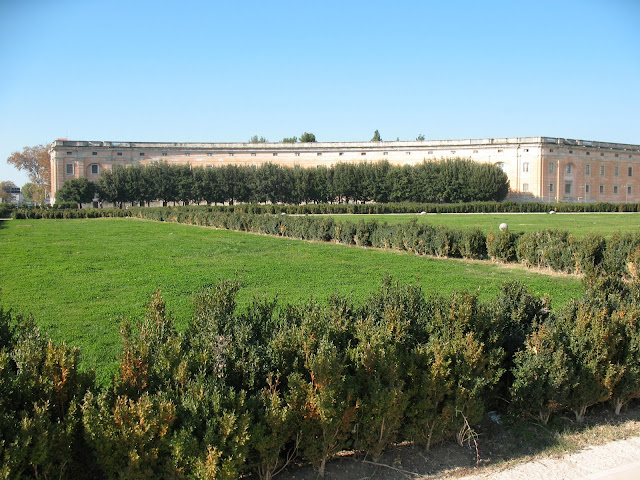 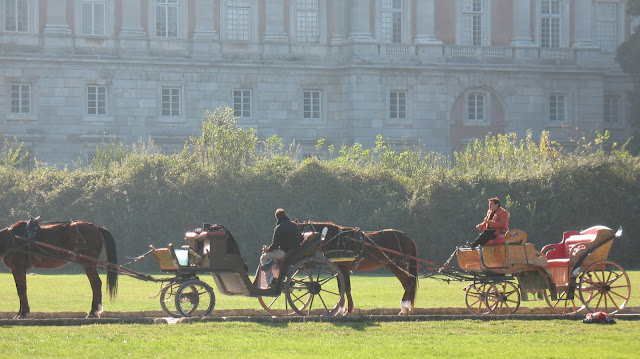 horse drawn carriages for those who do not like walking. mind you....they were all going really fast which i thought was quite dangerous. 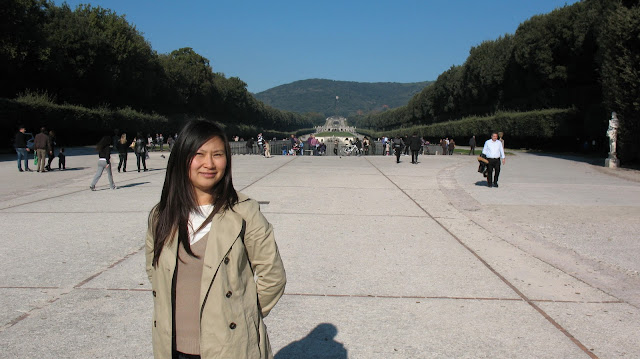 it was really bright and warm that day. my cashmere sweater was way too heavy for this weather and i definitely could've used a pair of sunglasses. i was squinting all day. 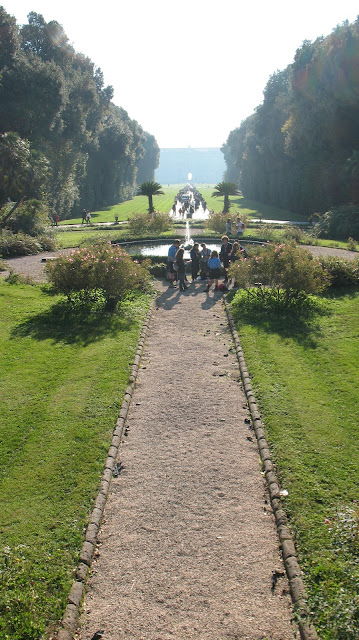 opposite view of the palace. can you see it in the far distance? 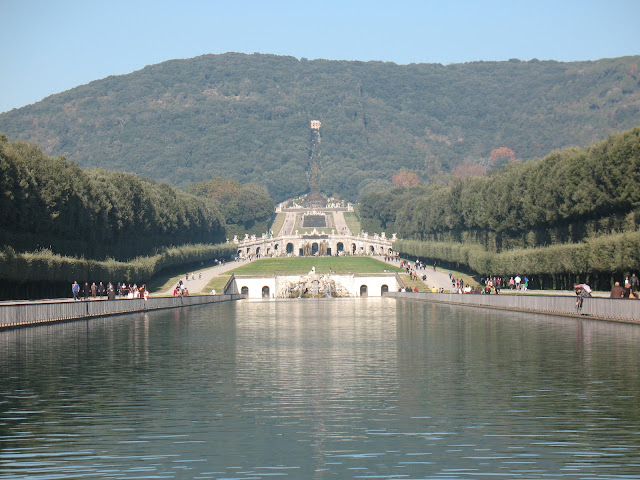 further up... i swear it's the longest garden i've ever walked along. 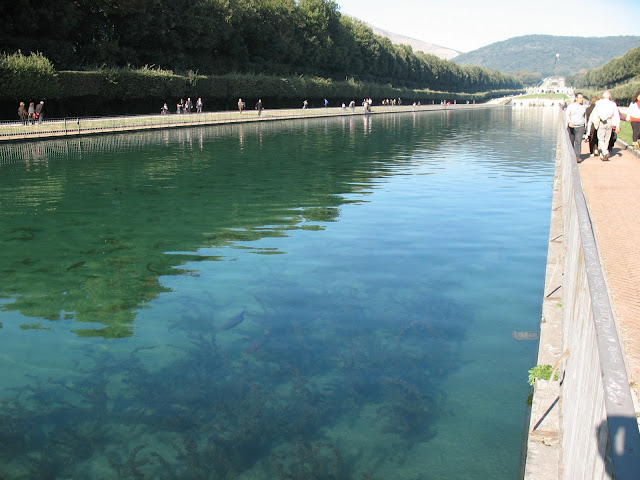 fish and plants in the aqueduct. 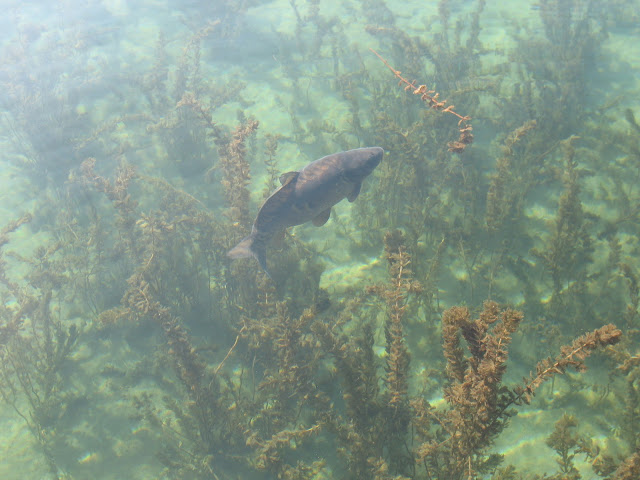 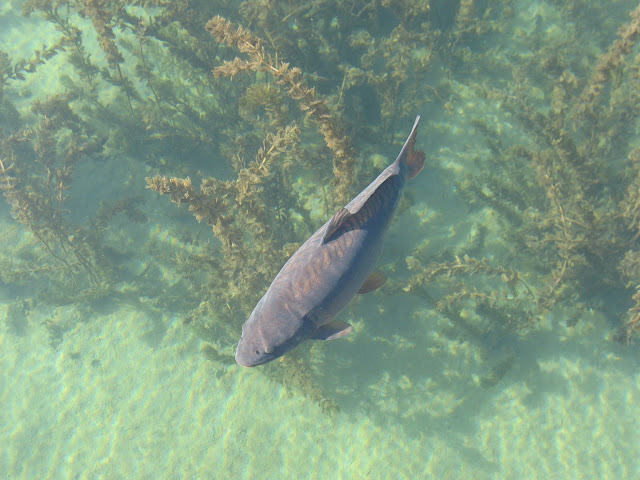 fish that i'm sure you're not meant to eat, and quite frankly, they don't look appetizing to say the least. however, in the days when Kings reigned throughout Italy and Europe, this was where they retrieved their fish to put on the tables of royalty. 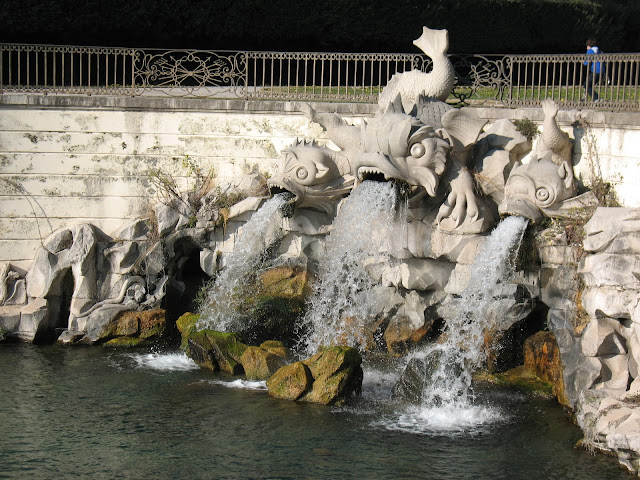 usually, i think most statues and monuments are quite beautiful, but in this case, I would have to say it left me quite repulsed. 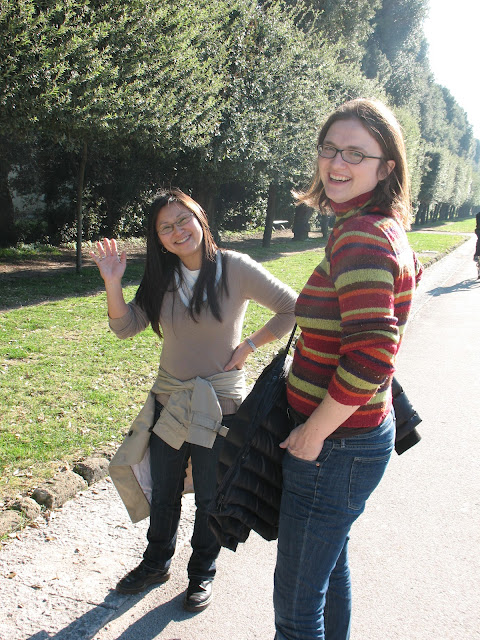 taking a slight break.
took off our jackets as it was getting unbelievably hot on the long walk. 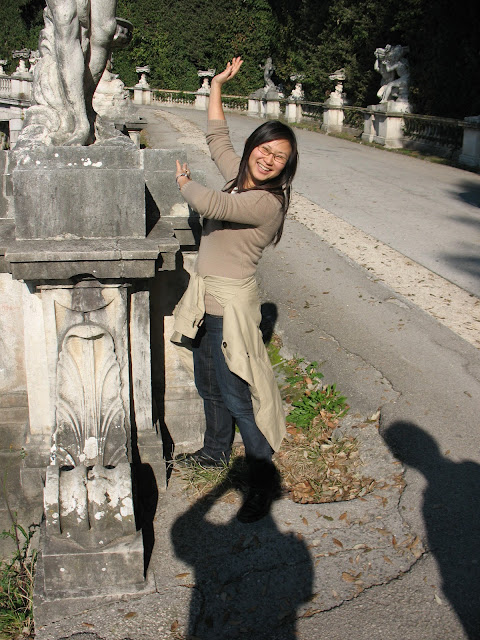 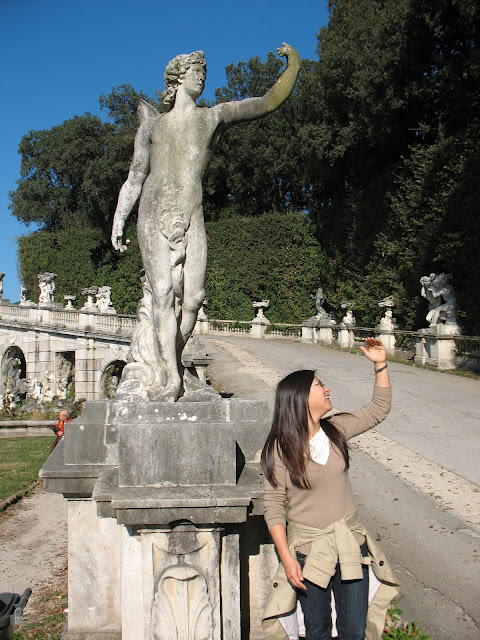 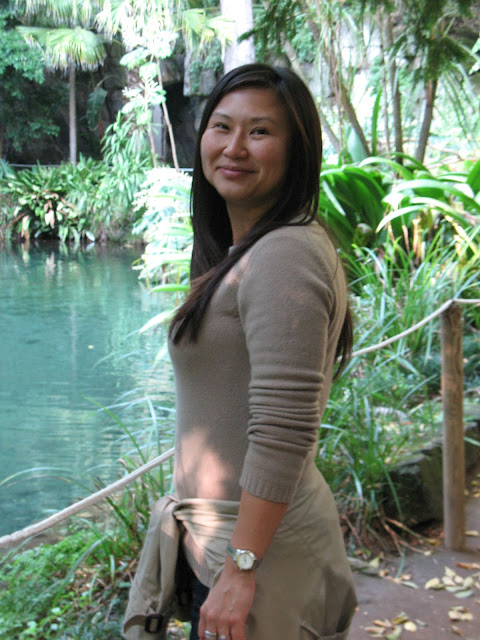 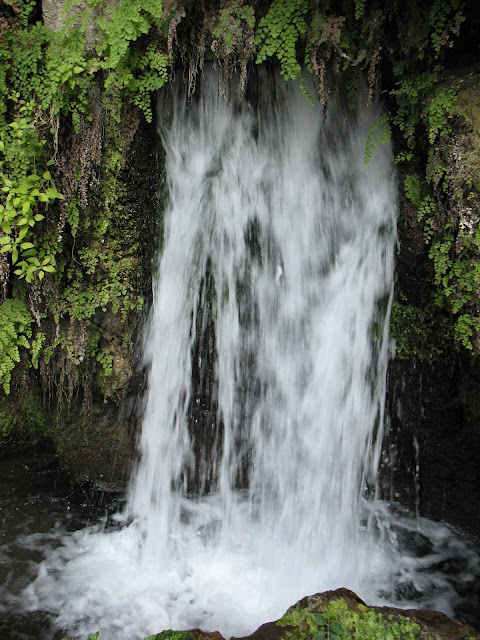 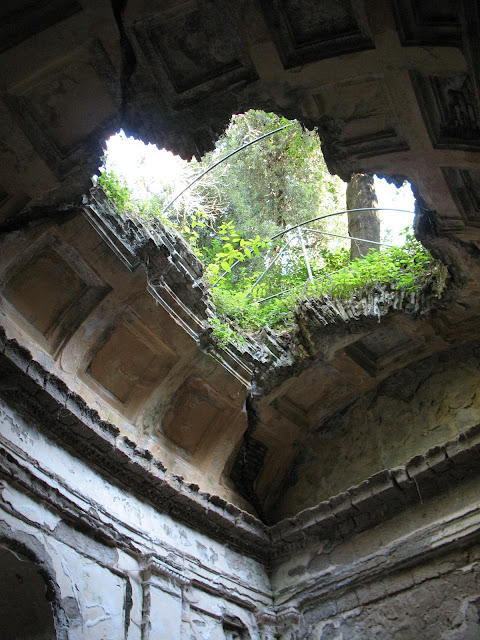 hole in the ceiling. 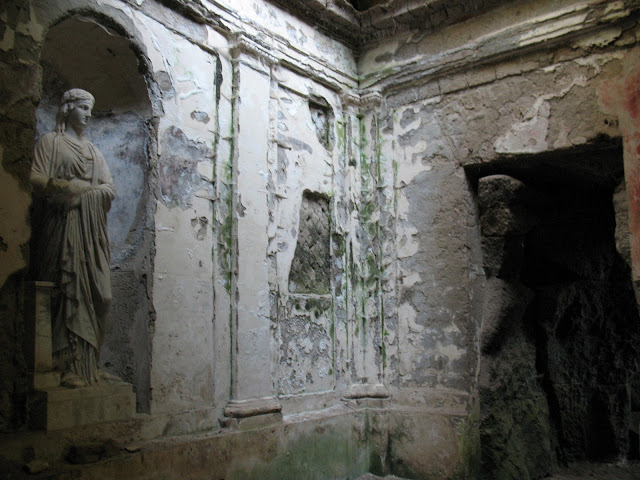 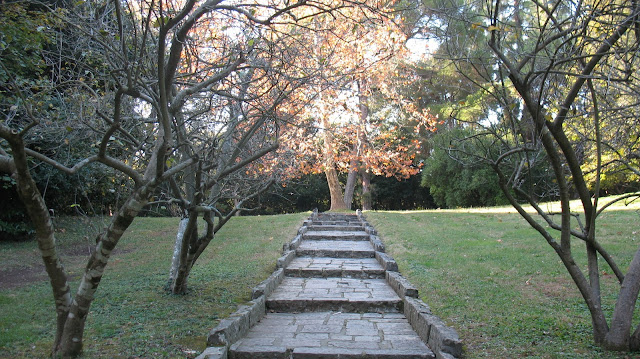 a beautiful tree with orange, brown and yellow leaves. 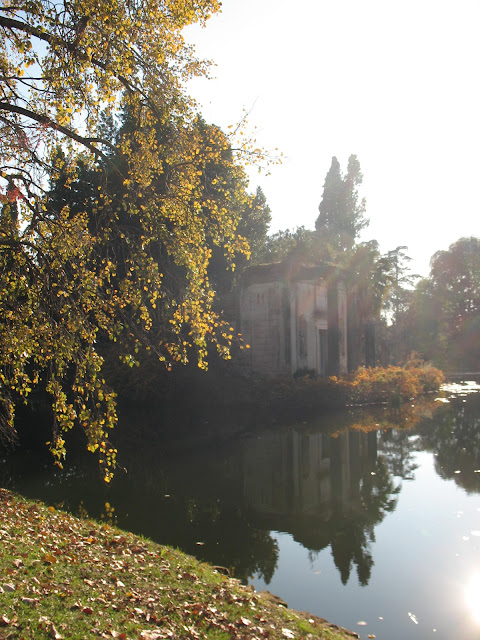 a house in the middle of an English pond. 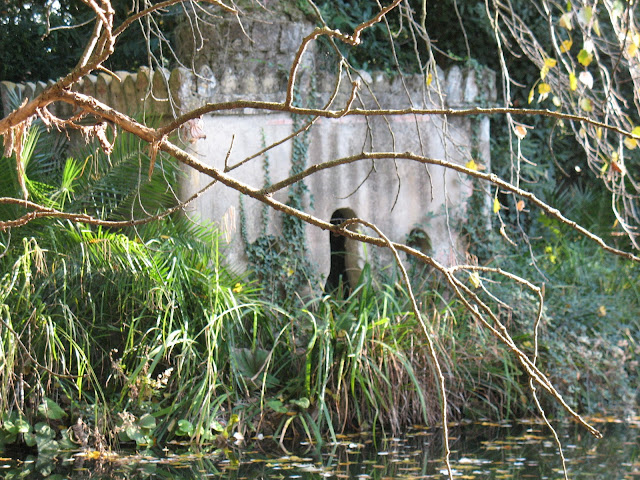 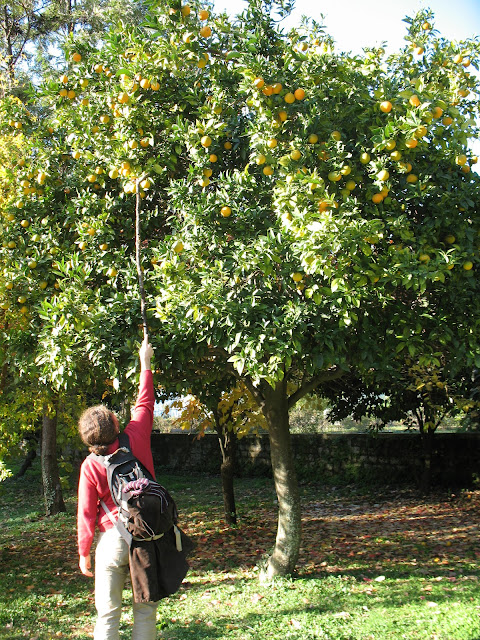 what luck! an orange tree among non-bearing fruit trees. 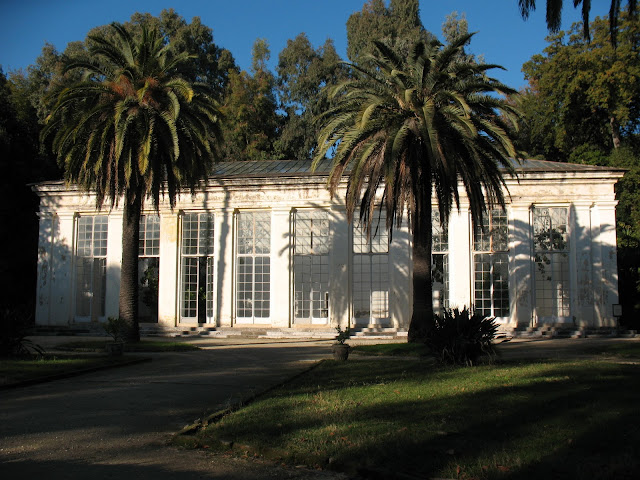 this garden retreat reminds me a little bit of a scene from the Sound of Music. 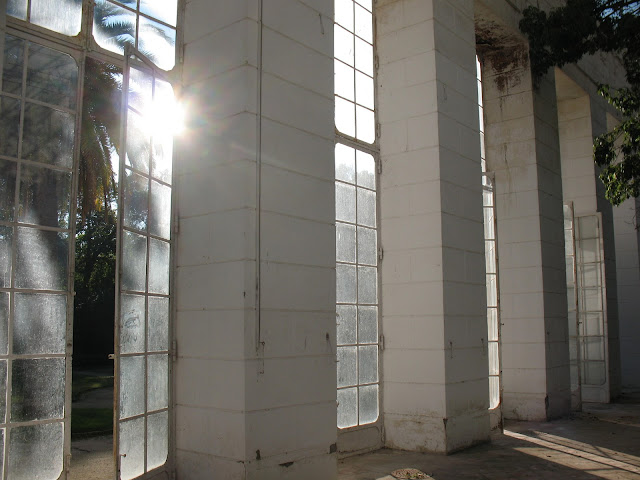 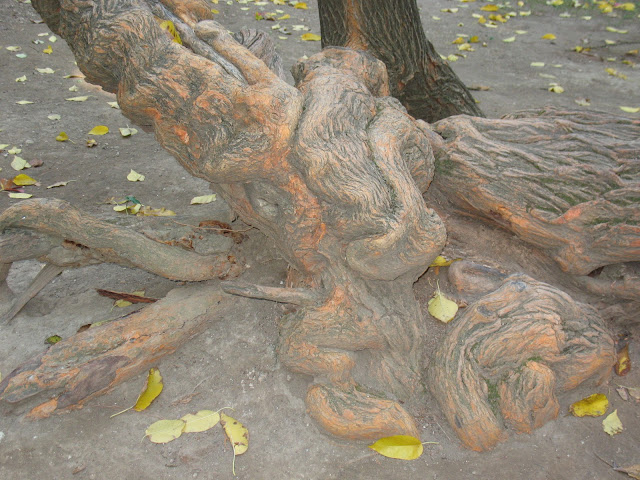 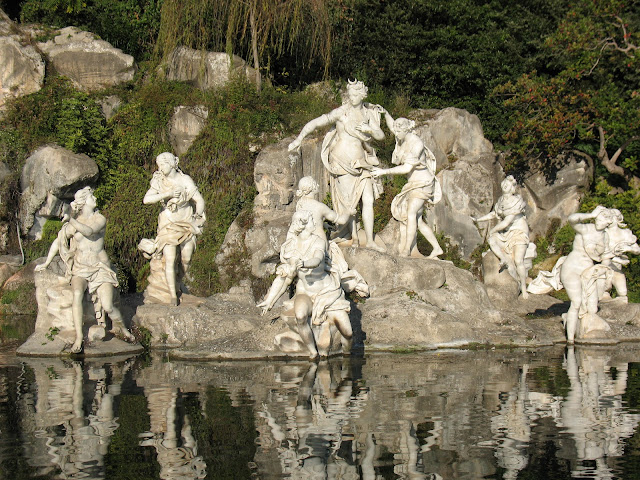 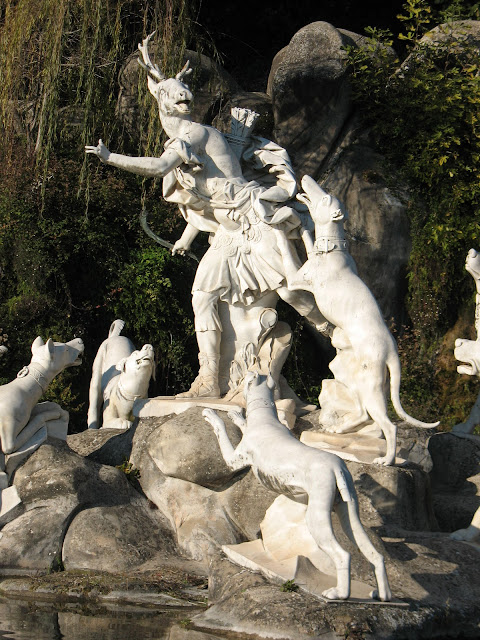 statues from the mythical story of the Goddess Diana and Actaeon, the hunter.
The Palace of Caserta is a Baroque structure and was the largest palace built in the 18th century for the Bourbon Kings of Naples to rival the Palace of Versailles in France. Caserta has 1200 rooms while Versailles has 700 rooms. However, this palace in Caserta only receives 500,000 visitors per year, whereas, Versailles attracts around five million; pretty big difference... unfortunately or fortunately (depends on how you see it), it is low on most tourists' must-see list. I've seen Versailles and other palaces throughout western Europe and it strikes me that Italian structures often seem to be quite neglected and left to decay which is quite sad.
some pop culture tid-bit for you: Caserta has been used as a film location for the Vatican in Angels and Demons (the movie with Tom Hanks), and was used for the Star Wars movies, as well as
Mission Impossible III.
if you made it to the end of this post...i commend you on your powers of concentration :-)).
i may or may not post a part 2 of Caserta depending on the amount of comments and feedback i receive. there are photos from the inside of the Castle to show. let me know if you want a part 2.
Have a lovely weekend my friends!
Reese
Email Post
Labels: Italy Naples Travel