Perugia and Assisi in Umbria, Italy

February can be such a cold and dreary month, for this reason, it's a great month to take a vacation when flights and hotels are cheaper and you're looking for a break from the cold weather. However, if you can't get away and.... well, sometimes, it's just easier to figure out what we can do at home to make our life more comfortable and satisfying.

A few posts ago, I mentioned that I was trying to
get into the swing of things.
I'm one of those "list makers" and often I would create daily lists and weekly lists and so on.....These lists were sometimes satisfying and at other times created an unpleasant gnawing feeling to the point where I ended up feeling extremely disappointed with myself at the end of the day for failing to accomplish "the to do list." Well, I received some amazing feedback from all of you. And I just want to say - thank you. It's amazing what friends you can make in blog land. The fantastic and supportive advice I've gotten from people I've never even met is just remarkable. That's why I continue to blog - because of the connection and the incredible support and l o v e that is out there. 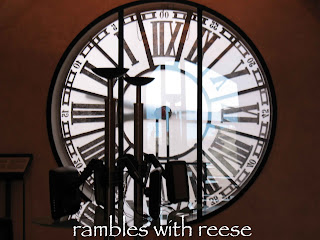 This photo is perfect to illustrate time and how we're always so short on it in this day and age. It's a photo of a real working clock that I took from the inside of the main museum in the centre of Perugia

One of the many tips I received was to just try and get one thing accomplished every day....and that's what I've been doing. And it's made me feel so much better. I started doing just that. I've signed up for an Italian class once a week, and hopefully that will help me feel better about being in a country where everyone can't understand why I don't speak Italian. Frankly, I find learning languages a chore. I never learned Korean, the language of my ancestors. I took French for many years in school and Spanish in University - I retained nothing. I have been resisting....I need to learn to accept and surrender. It won't be easy. But nothing in life that's worth it really is.... 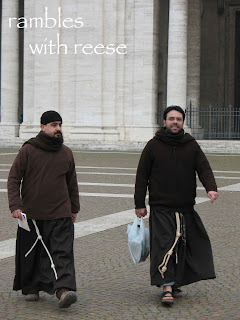 A photo of two monks walking by personify my need to learn patience and surrender into my environment.

Now if you have the time to go away, Perugia and Assisi are beautiful towns to visit. Although, I wouldn't recommend going right now as it's fairly cold here. However, if you have plans in the future. Here are some pretty photos to persuade you that it's definitely worth a visit.

Here is everything you need to know about Perugia and Assisi, Italy. No. Not everything...just a few basics.

Perugia and Assisi are located in Umbria, which is in the central part of Italy. Perugia is a Medieval city dating as far back as the 9th century B.C. Its abound with arches throughout the city. Assisi, which is not far from Perugia is famous for the birthplace of Saint Francis of Assisi, who founded the Franciscan religious order in 1208. The Basilica of San Francesco d'Assisi is a World Heritage Site and definitely a must see among many other churches in the city. The town of Assisi is unlike any other town in Italy. It was hit by an earthquake in 1997 and the restoration that has taken place has been just remarkable. The buildings are just breathtaking and the streets are the cleanest that I've ever seen in Italy. The town has a rich tradition of art and is home to a number of well known artists. 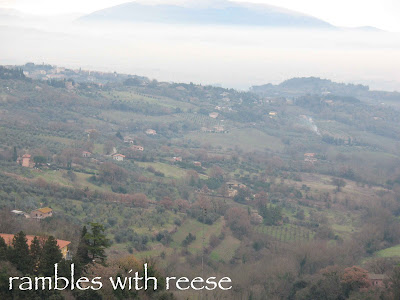 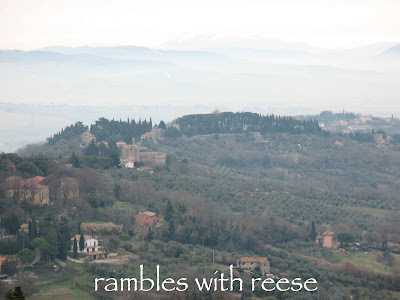 some views of the beautiful landscape and countryside in the region of Umbria where Perugia and Assisi are located. 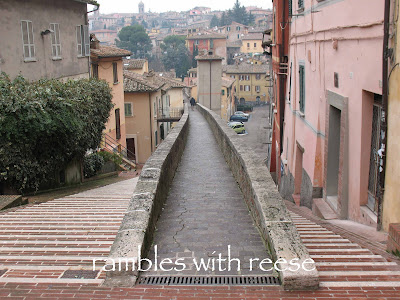 the famous medieval acqueduct (construction began in 1254 and was completed in 1278) is 3km long. it was constructed to bring water to Perugia from the springs of Paciano. it runs through the old part of Perugia. 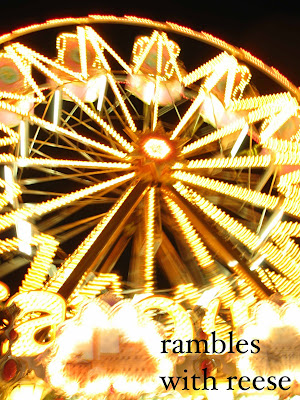 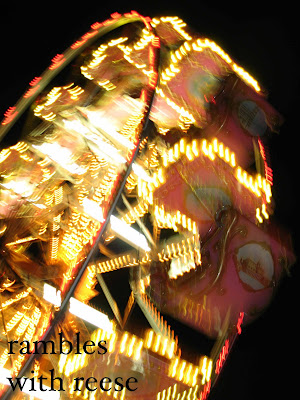 a working carousel in old Perugia.
we didn't go on it because it was too cold. 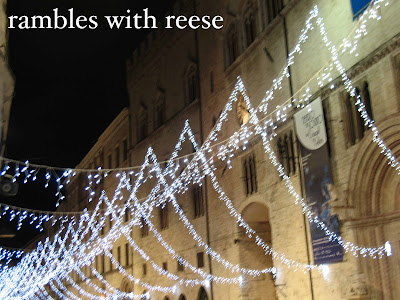 starry christmas lights adorning all of  the centre of Perugia. 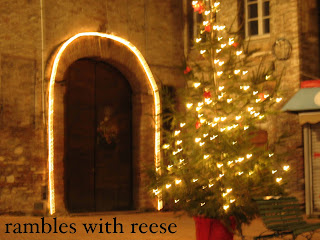 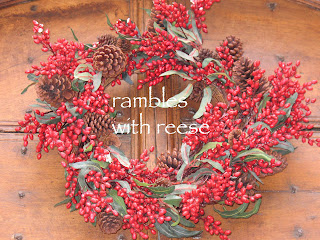 i know Christmas is over but these photos of the tree and wreath are just so pretty and magical that i couldn't resist posting them. 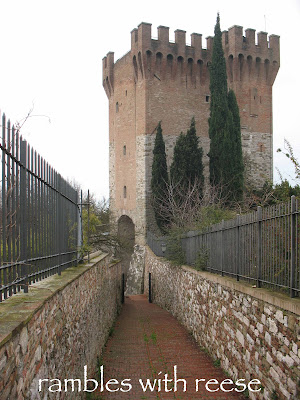 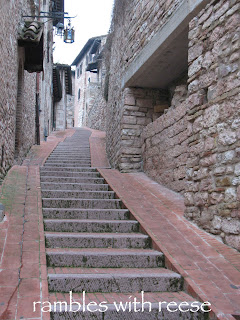 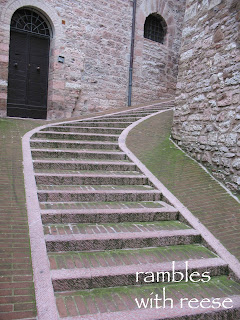 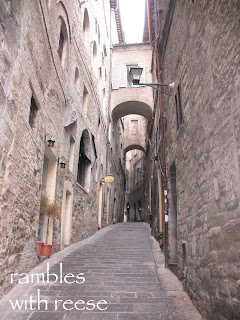 some photos of the stunning streets and sidewalks in Assisi. 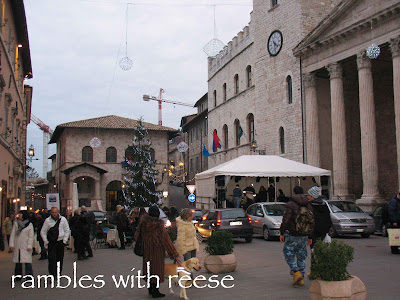 lots of people were around for shopping and sightseeing in
the main square in Assisi on New Year's Eve. 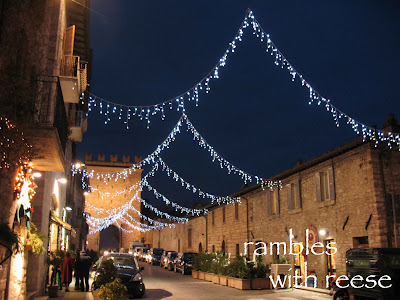 the beautiful bustling town of Assisi at night. i fell in love with this alluring and bewitching town. 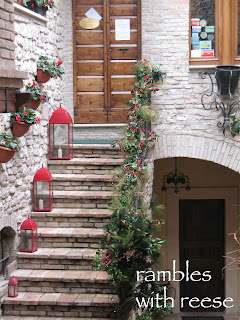 a charming entrance to a little hotel in Assisi. if I had more time,  i would've stayed there. 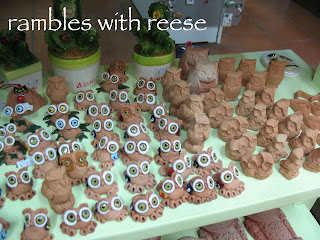 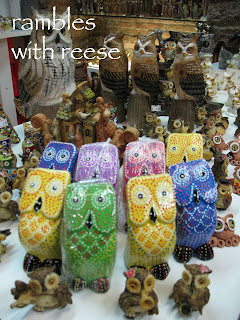 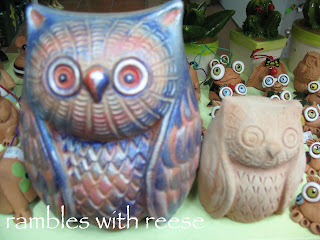 i just couldn't believe my eyes! i found owls everywhere in the shop windows. i wonder if it has any particular significance to this town? 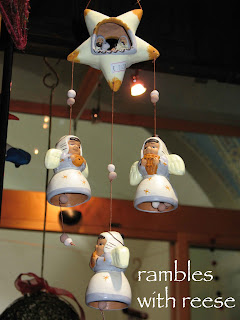 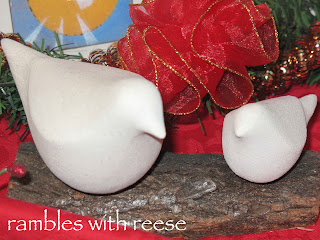 some beautiful ornaments in the shop windows of assisi. the crafts and art shops were truly delightful.

discovered some very talented artists in Assisi and met the artist of the paintings above, Vincenzo Martini, who gave me a catalogue of his work and signed it as well. he was just incredibly warm and kind. he explained to us how he painted his original and prints. i was really quite thrilled about the whole event. if you're ever in Assisi, you must visit his gallery. i can't wait to return there again. 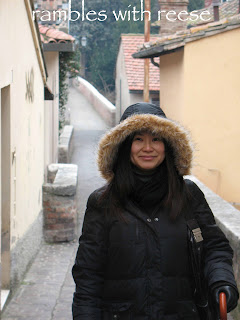 this post was already much longer than i had wanted it to be, so there were many beautiful photos that i didn't include in this post. so i may have to write another post about these towns again sometime
in the future.