This may be an unusual story to read but it must be told. It has come to my attention that the poo that I normally mistake for dog poo strewn all over the streets and beaches of Bisceglie and most likely other towns in Italy as well, is in fact, not dog poo at all. It is human poo. To be honest at first, I couldn't believe it. Why would people poo in broad daylight or at night and poo outside? Logically, one would think that people would find a toilet in a nearby cafe, bar or restaurant. I have never known anyone in my life to do their number 2 outside, unless they were camping or hiking in the great outdoors. Well...my friend had proof. She walks her dog a few times per day. One of their walks is taken early in the morning, where there are hardly if any people about at all, and as she was walking along the boardwalk, she saw a man get out of his car with a full toilet roll heading to the beach. She was curious and wondered why he would be walking with a toilet roll. He walked down the steps towards the rocky beach and pulled down his pants and started to do his business against the wall. She was stupefied, shocked and disgusted!! She wanted to shout and say something, but there was no one about and she didn't know how safe it would be for her.

I too, have experienced seeing human poo in the sea, a few feet away from shore. This past summer, there was human poo floating back and forth along the shore. I was so disgusted that I wouldn't go into the water, despite the fact that I had brought my new and unused boogie board. I was really excited, like a little kid trying her new toy, but the excitement died as quickly as it had begun. The year before, I had taken a dip a few feet into the water and as I turned to face the shore, the biggest blob of multiple poo floated towards me. It took two weeks for me to return the sea and even then, my friend had to push me into the water to help me get over my fear.

I have to say that so far I'm not terribly impressed by the attitude demonstrated by the people of Italy in regards to issues of environment, refuse, use of plastic and styrofoam, proper hygiene and their poor treatment or non-treatment of dogs and cats, and a disregard for rules that protect people. It's really uncool. Their is a cultural disinterest in anything that is in society's interest. Italy is a Western European country because of its geopolitical position, but it doesn't demonstrate the socio-democratic behaviour that is indicative of many of its Western European neighbours, where the group is more important than the individual. In fact, the opposite occurs here.

This society is a conundrum to me. The people here keep their houses emaculately clean and are almost obsessed with cleanliness and yet they can't seem to keep their environment and society clean.

I have to thank my friend Amory for returning to the beach and taking these rather unpleasant photos of the fresh, old and weather beaten turds.

This photo here is of the famous pastry (Sospiro) in Puglia that looks like a "tit". 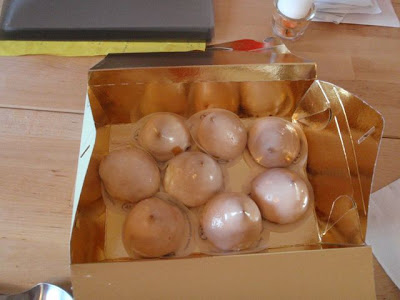 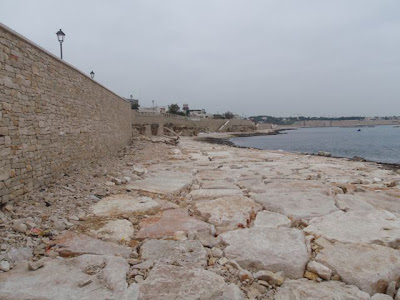 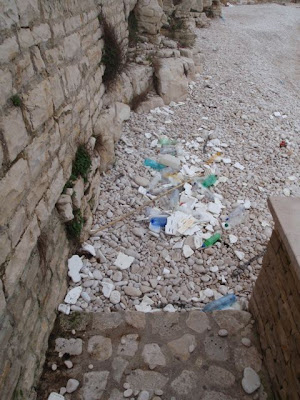 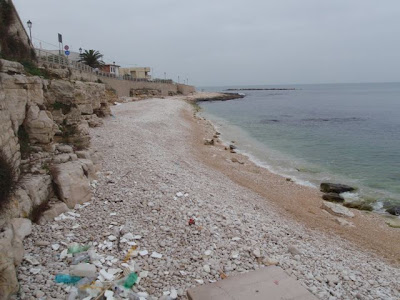 This photo is of the remaining turd and tissue that the man used to do his Number 2. I think about 4 or 5 days had passed since the remains were left there, so I'm sure the poo was much bigger and nastier then. 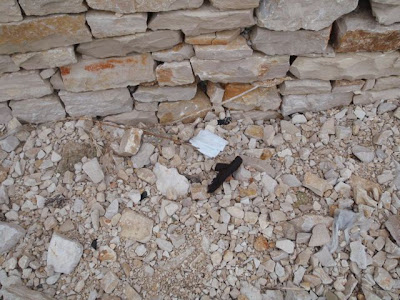 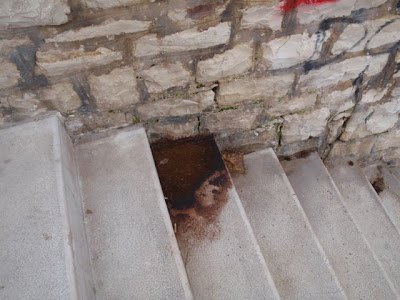 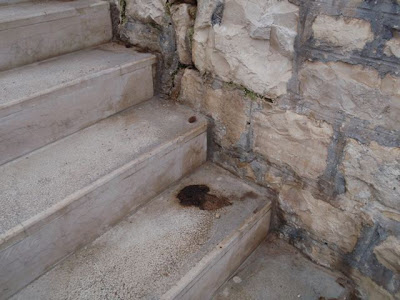 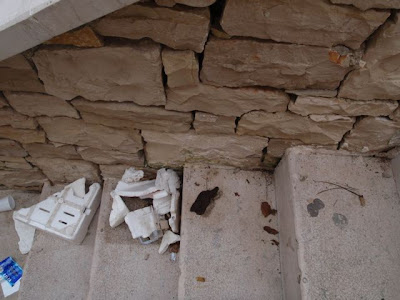 Title and photos credited to Amory